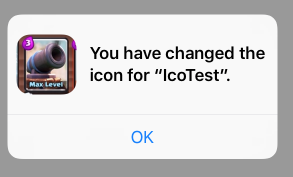 See Appendix A. At this point, Android introduces support for bidirectional layouts along with a minor change in the resources API. Since then, instead of modifying the locale variable directly you should use the setLocale method which additionally sets a layout direction internally. This is how updateResources method looks like now.


So what do we change now? Basically, instead of updating the existing resources you need to create a new Context with properly configured Resources and put it as a base one for Application and Activity via attachBaseContext. As a result, all invocations of getResources will be delegated to the new resources instead of the top level instance.

Do you remember the top level resources we talked about previously? It seems that there is no way to update them with the help of createConfigurationContext.

Consequently, the application uses the default locale to get titles. Up to API level 25 your application and activities share the same resources aka the top level resources by default. It means that a call of updateConfiguration from any Context will update the resources.

However, starting from API 26, resources for an application and an activity are separate entities, so you need to update them separately respectively for instance, in onCreate of your Application and BaseActivity. What do you choose? To be a good citizen or prefer a simple solution despite the deprecation? If you want to play with the sample app, use a device below API Please check out a sample project on github. This is a possible workaround to set activity titles using local Resources instance. It intends to break the dependency on the cache and the top level resources.

Usually, it is important to keep it the same as a locale you use for showing content in your application. This new API allows developers to create more sophisticated app behavior. For instance, browser apps can avoid offering to translate pages in a language the user already knows. However, if your goal is to lock the only one specific language, you can ignore this update.

Sign in Get started. Home Submit Archive About Events. Aug 6, Appendix A This is a possible workaround to set activity titles using local Resources instance. Additional information Locale. It is used by many locale-sensitive methods if no locale is explicitly specified. Note that setLocale starts invoking setLocales with a list of just one locale under the hood since API Apps and publishing services should not display this version value to users.

The greatest value Google Play allows for versionCode is The versionName has no purpose other than to be displayed to users. You can then override these default values for different versions of your app by defining separate values for individual build types or product flavors. The following build. This build. The "full" product flavor block does not define versionName , so it uses the default value of "1.

The Android framework provides an API to let you query the system for version information about your app. To obtain version information, use the getPackageInfo java. String, int method of PackageManager. If your app requires a specific minimum version of the Android platform, you can specify that version requirement as API level settings in the app's build.

During the build process, these settings are merged into your app's manifest file.

Change the application ID for testing

For Gradle build settings, see Configure Build Variants. Content and code samples on this page are subject to the licenses described in the Content License. 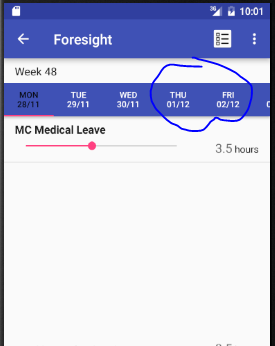 Run apps on the emulator. Run apps on a hardware device. Configure your build. Debug your app. Test your app.